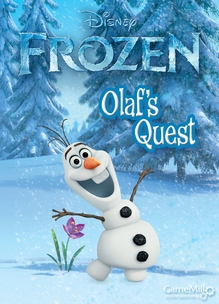 Disney Frozen: Olaf’s Quest and Disney Big Hero 6: Battle in the Bay were both delisted from the Nintendo 3DS eShop worldwide. Specific timing for the Western delistings has yet to be established, however, the Japanese release of Battle in the Bay was confirmed to have been removed on October 31st, 2018. Though the timing could have differed as the Japanese releases were sub-licensed through GameMill, both games were likely delisted across Europe and North America by early 2019.

The delistings were almost certainly caused by expired licensing of the Frozen and Big Hero 6 properties from Disney. Both titles were also included in a “Disney 2-pack” bundle that was released digitally (and delisted) only in Europe. Both titles, including the 2-pack bundle, remain available on physical media.

“In this humorous epilogue to the motion picture, Disney Frozen: Olaf’s Quest hands center spotlight to Olaf, the outgoing, innocent and comically carefree snowman from Disney’s epic comedy adventure. It pairs tightly tuned platforming action with light puzzle-solving elements across 60 imaginative levels, complete with hidden collectibles, side challenges and unlockable customization items. Frozen’s gameplay mechanics are informed by Olaf’s unique design, allowing him to use his own frigid yet fluid form to help him out of slippery situations. The game is designed with challenges appropriate for young or new gamers.“

Thanks to Will Matson for submitting this game to the site