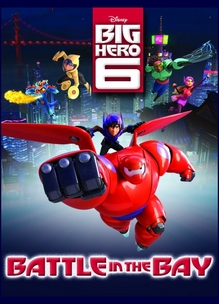 Disney Frozen: Olaf’s Quest and Disney Big Hero 6: Battle in the Bay were both delisted from the Nintendo 3DS eShop worldwide. Specific timing for the Western delistings has yet to be established, however, the Japanese release of Battle in the Bay was confirmed to have been removed on October 31st, 2018. Though the timing could have differed as the Japanese releases were sub-licensed through GameMill, both games were likely delisted across Europe and North America by early 2019.

The delistings were almost certainly caused by expired licensing of the Frozen and Big Hero 6 properties from Disney. Both titles were also included in a “Disney 2-pack” bundle that was released digitally (and delisted) only in Europe. Both titles, including the 2-pack bundle, remain available on physical media.

“Set after the events of the film, the game follows robotics prodigy Hiro Hamada and his like-minded friends turned heroes – Baymax, GoGo Tomago, Wasabi, Honey Lemon, and Fred – as they attempt to save the city of San Fransokyo from a battlebot invasion. The adventurous gameplay is brought to life with vibrant comic-style storytelling that gives players control of the stars of the film in this action-packed combat platformer.
Disney Big Hero 6 lets players interact with all six members of the squad, each in unique ways. Playable characters include Fred, boasting over-the-top power; GoGo, specializing in speed; Wasabi, featuring fast-paced combat skills; and Hiro who’s adept at platforming.“