[UPDATE 02/24/21] Devil Engine and its soundtrack are back on Steam. Protoculture Games LLC announced the game’s return on February 22nd. The Baileys (operating the alternate @Protocultgames account) have yet to respond, but since the game appears to have returned unchanged, I can only assume at this point that all parties have settled their differences. Thanks to Crimson_fox for the update.

I remember seeing the release of the flashy 2D shooter, Devil Engine, on Steam and Switch back in 2019, but I wasn’t aware of the ongoing turmoil within Protoculture Games until it was recently delisted on Steam. Protoculture was originally involved in the public allegations of bad management and alleged sexual harassment from publisher Dangen Entertainment and its former CEO Ben Judd, in 2019. Having settled that dispute and “amicably” parted ways from the publisher in January of 2021, Protoculture took over handling the game on Steam and Switch.

But another battle has been raging between Devil Engine programmer and team lead, Tristan Chapman, and the duo behind the game’s art and music, Thomas and Joseph Bailey. Much of this has moved into confidential legal territory but the gist of it is that the Baileys, and other developers involved in the game’s creation, didn’t approve of the “inflammatory and increasingly false accusations” that Chapman posted to the Protoculture Twitter account in the past. There have also been allegations that they were not justly compensated for sales of Devil Engine. All this has led the pair to leave Protoculture, taking ownership of the game’s music and art with them, resulting in the game’s delisting from Steam on February 3rd, and ongoing legal proceedings.

As it stands here in late February, the Baileys appear to be through negotiating, settling for nothing less than the art and music in Devil Engine being completely replaced. Meanwhile, the latest statement from Chapman and Protoculture Games LLC promises a “reasonable settlement with everyone involved” but also closes with a warning that they will “respond appropriately […] according to our legal rights” should anyone stand in the way of the game. This… could be a long fight.

Devil Engine is currently available on Nintendo Switch (EU, JP, NA) while Joseph “Qwesta” Bailey continues to offer the game’s soundtrack on Bandcamp and YouTube independent of Protoculture Games. I’ll try to keep an eye on the situation and update this post accordingly. Thanks to Crimson_fox for pointing out the news. 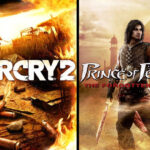