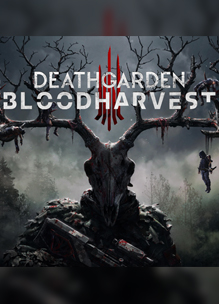 On November 22nd, 2019 the team at Behaviour Interactive announced the upcoming conclusion of Deathgarden: Bloodharvest along with an FAQ for current players. The full announcement follows:

They say all good things must come to an end. Over the past few weeks, our team has been rather quiet about the development of Deathgarden. Witnessing the decreasing player base, we’ve been working on finding solutions: we sought advice, considered many different scenarios, looked at various solutions, but unfortunately, none of them would change the fate of this project. Today, it is with a heavy heart that we’re announcing the end of Deathgarden’s development. To honour the production team’s work, we have decided to give the game a meaningful last breath by finalizing every feature we’ve been working on.

Two years ago, a handful of passionate game developers at Behaviour got together to develop a new game concept. This paved the way for great talents to join the team, and we want to acknowledge the work of every single person who took part in this soulful adventure. Deathgarden was, and still is today, a project of passion. A game that we wanted to make for ourselves, but also for players around the world to enjoy.

This project made us go through a roller coaster of emotions, from the first version to the reboot, and we take pride in what we’ve accomplished. We grew a lot from the experience, as a team and as individuals, and we will keep on going, we will take risks and be innovative to meet our player’s expectations. As for the future, the Deathgarden team has been redeployed to other Behaviour projects, both live and unannounced.

All this work wouldn’t have been possible without you, the community. We want to thank you for your continuous support and contribution during the ride. We want to leave this adventure on a high note and make the work we’ve been doing these past weeks be worth it for you.

In the light of this news, we wanted to have one last moment to share with you. We will be hosting a Deathgarden’s sunset Play with the Devs livestream on December 12 at twitch.tv/deathgardengame starting at 3 pm EST to share our love for the game with you.

We will keep Deathgarden’s servers up at least through the end of the year, and you will still be able to play the game as long as matchmaking is viable. We are also making the game free today, so more people can join you.

Thank you very much for your support these past two years and we will see you again soon.

While the game was sustainable beyond the end of 2019, active player counts apparently dropped too low in 2020 and on July 13th the team removed the game from Steam and announced its end:

Last November, we said that we would keep the Deathgarden servers up for an undetermined period of time. Today we are announcing the sunsetting of the game. The servers will be closing on the 12 of August 2020.

Deathgarden will no longer be playable at this point. We are proud of all of the work that went into Deathgarden, and for the amazing community that rallied behind the game. Thank you for everything, we appreciate all of your support.

Thank you for this adventure,
The DG Team

“In a dark dystopian future, the world is divided. Only a few deemed worthy are granted entrance to the Enclave, an opulent safe haven, while the rest are damned to almost certain death in the slums. The only way to reach the safety of the Enclave is to face the hunter and put your life on the line in a ruthless game of blood.

Deathgarden™: BLOODHARVEST is a multiplayer survival action game in which a ruthless hunter tracks and guns down scavengers, desperate individuals trying to survive and escape the DEATHGARDEN.“

HUNTERS
Hunters are the guardians of the Enclaves; they are the harbingers of death who punish the unworthy. They show no empathy for the weak, tracking and killing anyone who dares enter the Deathgarden.

SCAVENGERS
Scavengers come from the slums. They enter the Bloodharvest hoping to escape a life of endless misery. While some willingly partake in this twisted game of survival, others are sentenced to the Deathgardens where they must suffer the Hunters’ judgement.

Thanks to CyanicDragonWolf for submitting this game to the site