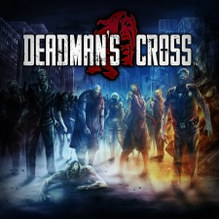 After careful consideration, service for Deadman’s Cross will come to an end on Sept. 30, 2015.

Please see the in-game announcement for details on the end-of-service schedule.

Once again, we the staff thank you for your past patronage of Deadman’s Cross.

No explanation was given but it is assumed the player base on the VIta was lacking and Square Enix chose to focus the team’s resources on the Android and iOS versions of the game. Deadman’s Cross celebrated its three-year anniversary in February of 2017 before all versions were shut down on July 31st, 2017. The final message from the team read:

We wish to thank the many users who played Deadman’s Cross since the start of its service in 2014.

The development and managing team wishes to thank our users for their patronage for over three long years, which allowed service to continue up until now.

“Fifteen years in the future, the zombie apocalypse is bitter reality as a rampant virus turns all it infects into the walking dead. How will you survive on the streets of New Livingston as Deadmen wander in search of living flesh?”

Zombie Hunts
Head out with your sniper rifle and an arsenal of other weapons to hunt down Deadmen. It’s always open season on the undead!

PvP Card Battles
The Boneyard is the site for The Deadman Duels—a popular television program that pits one zombie horde against another in a gruesome fight to the undeath. Join the excitement by going head-to-head with players from around the world, and climb the global ranks!

Taking on Jobs
Take on work from a dazzling damsel in distress, a troubled priest, a hard-core gamer, and zealous zombie rights activists among others, and watch their unique stories unfold.

Clan (Team) Events
Team up with other players to fulfill large-scale mission objectives and earn rewards scaled to your personal contribution.

Deadman’s Cross requires the player to be constantly connected to the PlayStation®Network. This game offers purchases of in-game currency.