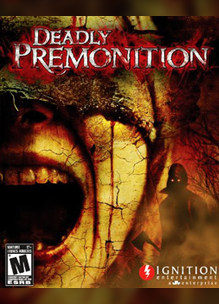 Deadly Premonition was relisted on Xbox 360 in North America no later than September 7th, 2020 according to TrueAchievements.com. The reason for the game’s return is uncertain as publisher details remain the same and no other versions of the game were recently released.

Deadly Premonition was delisted from the North American Xbox 360 in January of 2018 according to reporting from TrueAchievements.com. Although Ignition Games was only responsible for the physical release of the game in North America, it was delisted alongside other titles from the publisher and may have been removed in a broad sweep of their offerings. It remains available to download in Europe where it was published by Rising Star Games as well on physical media.

Welcome to Greenvale, a remote rural town where mystery and murder go hand in hand. Assume the role of Agent Francis York Morgan, and delve deeper into Greenvale’s deadly secrets. Interrogations, investigations, and bloody crime scenes await you in this seemingly sleepy town.