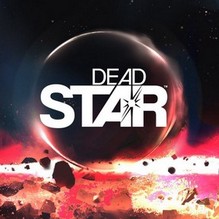 Dead Star was removed from purchase on Steam and the PlayStation Store on October 18th, 2016. On the same day Armature Studio announced that online multiplayer for the game would be discontinued on November 1st, 2016. Talking to Kotaku, Armature’s director of operations Jack Mathews explained “we are shutting down the game because, bluntly, the costs of operating the game now exceed its income.” He added, “this is purely a financial decision to ensure the best possible future for Armature Studio.”

The game remains available to those who had previously purchased or downloaded it but only the tutorial is playable.

Dead Star holds the distinction of being one of the fastest-to-be-delisted titles on the site. On PlayStation 4 it was available in English speaking territories for 6 months and for only 3 months in Japan.

Described as a “passion project”, Dead Star was originally designed by a small team headed up by Tom Ivey who explains the game’s origin in a PlayStation Blog post from October of 2015.

“In November of 2013, three developers inside Armature came together to begin work on a new game prototype. Huddled together in a corner of the studio, we only had a few computers and a basic goal: build a fun, fast, arcade-style multiplayer space shooter.”

Dead Star was available to pre-order on PlayStation 4 for $14.99 in December of 2015 and granted access to a beta build of the game. It was officially released in April for $19.99 but was also provided as a free game to PlayStation Plus members for the month. The game was supported by three DLC packs offering new ships and skins.

“Combining the beauty of space combat, the fast-paced nature of arcade classics and the depth of team-based gameplay with loads of awesome loot, Dead Star is a twin-stick shooter built around a deep multiplayer experience. Fight and scavenge your way through online battlefields whilst earning loot and levels to further customize your experience – including the ability to invade other live matches with a massive warship.”

Team-Based Space Combat
Select from a variety of unique ships as you engage in intense dogfights, capture outposts to expand your presence, gather resources to upgrade your defenses, and discover secrets buried within galactic battlegrounds of up to 10v10.

Command a Massive Warship and Invade Live Matches
With the Dead Star about to explode and eradicate everything within an entire region, those within its range are left to fend for themselves amidst the debris of quickly-abandoned strongholds. Somewhere within this wasteland is an abandoned warship, one that will enable players to invade live multiplayer matches and utilize the warship’s full strength against others as they seek to escape the Dead Star.