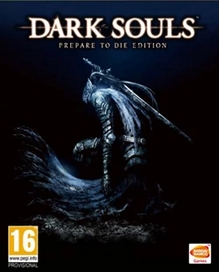 Dark Souls: Prepare to Die Edition was delisted from Steam on  May 8th, 2018. The game’s store page and title remain but the purchase link redirects to Dark Souls: Remastered. The remastered version was released on May 23rd, 2018 on Steam, and also came to PlayStation 4, Xbox One, and Nintendo Switch.

According to Silicon Era, “people who own [Prepare to Die Edition] will still have it and be able to redownload it, but new customers will instead be directed to Dark Souls: Remastered. Should someone own the previous edition, they will get a 50% off discount on a Steam purchase of Dark Souls: Remastered”.

Dark Souls™: Prepare to Die™ Edition will include an untold chapter in the world of Lordran. Sent back to the past, player will discover the story when Knight Artorias still lives.

New NPCs – Including Hawkeye Gough, Elizabeth (keeper of the sanctuary).

New Weapons and Armor – Equip some from the new bosses, enemies, and NPCs