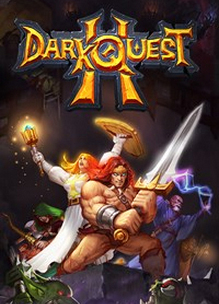 Dark Quest 2 was relisted on PlayStation 4 across Europe no later than January 16th, 2021 when a reader pointed out its return to the site. It is possible, though unconfirmed, that the game was relisted in the Fall of 2019 after clearing Sony’s certification process. Our original delisting information follows.

Dark Quest 2 was exclusively delisted from the PlayStation 4 in Europe no later than May 14th, 2019 according to  PSNProfiles forum posts. Originally posted by user NekoRave, they state that they have been in contact with the developer and that the territorial delisting is due to the game not securing a PEGI rating certification.

Peculiarly, as of this writing the game remains available in Europe on Xbox One and Nintendo Switch with a PEGI 12 rating. Despite NekoRave’s insistence, this seems to imply that the delisting had more to do with a Sony certification issue than just the game’s PEGI rating.

“Dark Quest 2 is a turn based RPG where you control a party of heroes on your epic quest to defeat the evil sorcerer and his minions.

Each map is designed to take you through an adventure that will test your party’s strength, courage and sanity as you go deeper and deeper into the castle in search for the chambers of the evil sorcerer.“