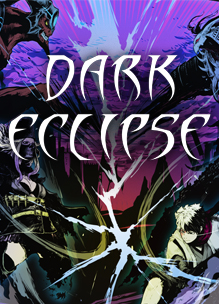 With the release of its 3.0 update on March 29th, 2019 SunSoft confirmed the beginning of the end for Dark Eclipse. The update would be the last new content for the game and SunSoft promised only maintenance support going forward. Along with the update, SunSoft also confirmed that in-game purchases and the sale of “Dark Coins” would cease on July 26th. Eight months later, on March 14th, 2020, SunSoft announced the game’s upcoming closure:

Online servers for DARK ECLIPSE will no longer be supported from June 15, 2020. Players will be unable to play single player or matchmaking modes from this date.

Dark Eclipse was most likely shut down due to low active player counters and underperforming microtransactions.

“This is for the MOBA players. Control three characters, called Leaders, each with unique abilities. The target is to destroy the enemy base while defending your own base. Collect resources to build towers. The towers protect you and give you vision to enemy movements. Play without the boundary of a 2D screen.

What happens when MOBA comes to VR?
You can grab and move the characters (called Leaders) directly. No need for a mini-map…you just look around and you can see the whole battlefield. Feel the game with haptic feedback on your fingers, and listen to enemy movement with 3D audio.

Both the DUALSHOCK®4 and the PlayStation Move controllers can be used. Use both hands, or use one hand…pick your own play style. Yes, you can play with just one DUALSHOCK®4!“