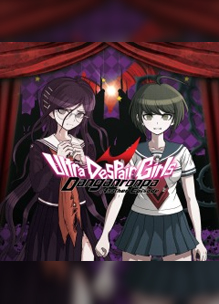 In Danganronpa Another Episode: Ultra Despair Girls, you play as Komaru Naegi and Toko Fukawa as they battle impossible odds to escape Towa City. The children of the town, led by the Warriors of Hope, have begun a revolution against the adults. Can you discover the secrets of Towa City and escape, or will the despair consume you?