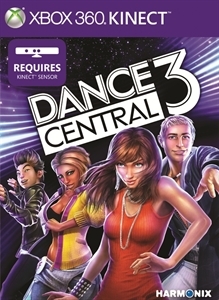 Dance Central 3 was delisted on Xbox 360 in October of 2017. Harmonix’s titles are typically delisted near the five-year anniversary of their release with the expiration of music licensing around the dozens of songs featured in the games.

Dance Central 3 is the latest installment in the highest rated, best-selling dance franchise on Kinect for Xbox 360. With Dance Central 3, Harmonix has taken the critically acclaimed Dance Central gameplay to the next level with new, innovative multiplayer modes, the most varied soundtrack yet, and more amazing full-body dance routines!

In Dance Central 3, players can dance their way through the ‘70s, ‘80s, ‘90s, ‘00s and beyond – hitting the dance floor with the hottest moves and learning popular dance crazes like “The Hustle,” “Electric Slide” and “The Dougie.” The beat keeps rocking with an innovative new party mode for up to eight players, the ability to import your songs from previous Dance Central titles, and more! The best full-body dance experience on Kinect for Xbox 360 is better in every way with Dance Central 3!