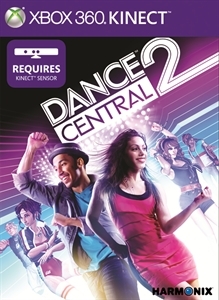 Dance Central 2 was delisted on Xbox 360 in October of 2016. Harmonix’s titles are typically delisted near the five-year anniversary of their release with the expiration of music licensing around the dozens of songs featured in the games.

Dance Central™2 is the sequel to the best-selling Kinect-exclusive dance game on Xbox 360 and brings players back to the dance floor with even more high caliber, full-body dance routines featuring over 40 chart-topping hits from artists like Usher, Rihanna, Lady Gaga, Nicki Minaj, Bruno Mars, Justin Bieber, and more!

With full-body motion tracking, precise scoring and feedback for two players plus an unmatched number of fresh dance moves created by a talented team of choreographers, Dance Central 2 offers the best Kinect gameplay around! Pop it in for a party, get a great cardio workout, fine tune your moves and learn how to dance at a club, and immerse yourself with a compelling set of environments and characters. Get up and get moving to see for yourself!