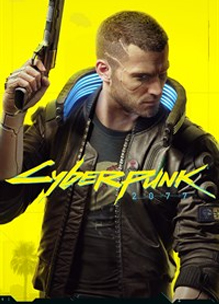 CD Projekt issued a brief regulatory announcement on June 15th, 2021 confirming that Sony had cleared the digital edition of Cyberpunk 2077 to return to the PlayStation Store on June 21st. Sony released their own statement shortly after warning potential buyers of continued performance issues.

“SIE can confirm that Cyberpunk 2077 will be re-listed on PlayStation Store starting June 21, 2021. Users will continue to experience performance issues with the PS4 edition while CD Projekt Red continues to improve stability across all platforms. SIE recommends playing the title on PS4 Pro or PS5 for the best experience.” Sony’s statement via IGN

Cyberpunk 2077 was relisted on PlayStation 4 by the morning of June 21st. Our original delisting post continues below.

Cyberpunk 2077 was delisted from the PlayStation Store for PlayStation 4 and 5 on December 17th, 2020. In its place was a new page offering the following explanation:

Once we have confirmed that you purchased Cyberpunk 2077 via PlayStation Store, we will begin processing your refund.  Please note that completion of the refund may vary based on your payment method and financial institution.

Previous to this, CD Projekt Red initially suggested that owners seeking a refund should do so through the store they purchased the game from, either at a brick-and-mortar retailer or through a digital marketplace. CDPR Co-CEO Marcin Iwiński then issued an update on the game’s last-gen status on January 13th, 2021. In it he apologized for the disappointing performance of the game on consoles, reassured the company’s progress on issuing refunds, and laid out a timeline of updates throughout 2021 that would hopefully bring the game back to sale on the PlayStation Store.

As of this writing Cyberpunk 2077 has remained on sale on Xbox One but the game page has been appended with the disclaimer “Users may experience performance issues when playing this game on Xbox One consoles until this game is updated”.

Cyberpunk 2077 is an open-world, action-adventure story set in Night City, a megalopolis

obsessed with power, glamour and body modification. You play as V, a mercenary outlaw going after a one-of-a-kind implant that is the key to immortality. You can customize your character’s cyberware, skillset and playstyle, and explore a vast city where the choices you make shape the story and the world around you.

PLAY AS A MERCENARY OUTLAW
Become a cyberpunk, an urban mercenary equipped with cybernetic enhancements and build your legend on the streets of Night City.

LIVE IN THE CITY OF THE FUTURE
Enter the massive open world of Night City, a place that sets new standards in terms of visuals, complexity and depth.

STEAL THE IMPLANT THAT GRANTS ETERNAL LIFE
Take the riskiest job of your life and go after a prototype implant that is the key to immortality.