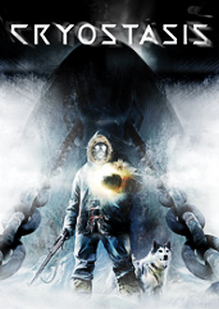 Cryostasis: Sleep of Reason was delisted from GOG.com no later than February 13th, 2013 and from Steam on July 15, 2013. The title was also removed from publisher 1C’s own online store indicating that the delisting was caused by licensing, either between the developer or the Cryostasis IP holder.

In a reply to a forum post about the game on February 13th, 2013, GOG.com support team member JuriJ confirmed, “this game is no longer available on our site due to licence issues”.

“You are Alexander Nesterov – a meteorologist on his way back home from station post “Pole 51”. He was supposed to travel on board the nuclear ice-breaker “North Wind”, but upon his arrival he discovers that something terrible has happened to the ship and its entire crew. Forced to find shelter form the ice storm, he enters the wreck and is suddenly struck by strange visions of what has happened within the confines of of this cursed vessel. He has no choice but to explore deeper into the derelict in search of something to fight off the more immediate life-threatening danger: the bone-freezing cold.

Cryostasis emphasizes the setting; the horror, the cold, and the grinding fight to survive the relentless chill pervade the game. Winner of Gamespot’s “Best Story” award for 2009, although this title has some detractors, the tightly-wound suspense and the engrossing story are definitely something that every gamer should experience for him or herself.”

Thanks to [RDR.EXE] reader for submitting this game to the site.