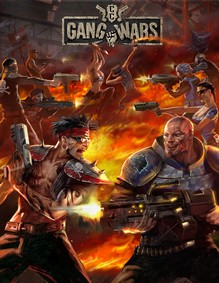 For the past years, we did our best to support the game and make players to enjoy it.

It was a very hard choice to make, but despite the overwhelming support of our loyal players, this was the way it had to go. We are grateful to all players for continued support of the game.

Despite this sad news, we will run many events as long as the server is online, so stay tuned for more news regarding upcoming events.

No further explanation was given but based on SteamSpy data there were fewer than 100 daily players launching the game through Steam by mid-2015. This does not represent the entire playerbase for the game but reflects an overall dwindling number of active players and purchases of in-game content which presumably led to the decision. The day of the shutdown the team made one final post to the game’s homepage:

Once again, we would like to say thank you to all CrimeCraft players. Thank you all for the support and the time spent in the game, for participating in events, Weekly and Daily Tournaments, Territory Wars, for all complete (and uncomplete) daily quests and random battles.

Despite the fact that the game server is closed, the official website and forum will remain open and accessible to all players, so you can “say hi” and chat with your in-game friends.

“Crimecraft is a 3rd Person Shooter Created using the Unreal 3 Engine by Vogster Entertainment. Crimecraft is set in the near-future following a global economic disaster of unprecedented scale, you will unfold the mysteries behind the Bleedout event that brought civilization towards the brink of destruction.

How much does Crimecraft cost?
Crimecraft is FREE TO PLAY!

What type of game is Crimecraft?
Crimecraft is in a genre all its own. Crimecraft has attributes of many different other types of games that create an experience that cannot be found in another game:

Massively Multiplayer Online (MMO): The world of Crimecraft is designed much like other Massively Multiplayer Online games in which all players are allowed to venture through the same lobby freely. Within Crimecraft’s world, Sunrise City, players can traverse to talk to Non Player Characters (NPCs) and other human players, accept missions and jobs, buy new items, participate in events, and much more!

3rd Person Shooter: To complete missions and quests that players receive in the lobbies, players can go into instanced battles that play much like a highly customizable 3rd Person shooter. With a huge library of playable maps, match types, and customization options, there are hundreds of different combinations of games that can be played. Gameplay is very in depth and fast paced.

Role Playing Game (RPG): Character Progression is a big part of Crimecraft. As you play through missions, jobs, and instanced battles, players will be able to gain experience to level up. As you level up, you will be allowed to use more powerful weapons, ammunition, armor, and weapon attachments to make you more competitive in combat. There is also a profession system, so that you will be able to craft items yourself for use, or sell in Sunrise City’s Auction House.“