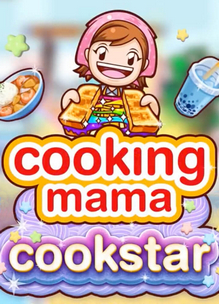 Cooking Mama: Cookstar was delisted from the Nintendo Switch on, or very near to, its release date of March 31st, 2020. Speculation around the delisting was based on early press statements that said the game would include some form of blockchain technology. After reports of the game crashing, “overheating”, and rapidly draining the Switch’s battery life, the assumption was made that some form of crypto-mining code was running in the background.

On April 6th, ScreenRant received word from a developer at 1st Playable Productions who explained that the game’s removal from sale (both physically and digitally) was caused by IP holder, Cooking Mama Ltd/Office Create. On the blockchain/crypto concerns, the developer added:

“The statement about crypto-currency was all buzz words. The head of planet entertainment knows very little about these things… he just put some fancy language to get potential investors who like that stuff. As for the crashes/ overheating. That would be because the game is made in unity. By many people working on their first game… it’s not the best product but it made it through several vigorous reviews by nintendo and Sony. There is no way crypto-mining stuff could get through those tests. I doubt anyone at 1p would even be able to make such a thing.”

They continued, describing the involvement of Office Create’s Japanese staff who felt the quality of the game wasn’t up to the series standards and allegedly wanted its release delayed or possibly canceled. Planet Entertainment pushed ahead with the release and Office Create retaliated by having the game delisted, production of physical copies stopped, and blocking the publication of ads and promotional content for the game.

In a final comment, the source stated that “as I understand planet entertainment is sueing office create having it removed for money lost. It’s hard to say if it will ever be released properly.” As of April 7th, 2020 the game remains unavailable on the eShop and in limited supply on physical media. The PlayStation 4 version is tentatively scheduled for release in late April.

“An update of the classic favorite Cooking Mama, for Nintendo Switch! Dozens of fun recipes to make, and a new “Plate it, Snap it” mode to share your creations.“

Thanks to @PieceofNick for submitting this game to the site