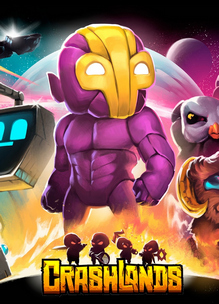 It’s been a while since the GOG.com team announced an upcoming delisting but it looks like the streak is over. Crashlands, the self-professed “story-driven, crafting ARPG in an outlandish world of hidden magic and high technology“, from the equally outlandishly named Butterscotch Shenanigans, will be leaving GOG.com on Friday, September 18th at 1pm UTC. As