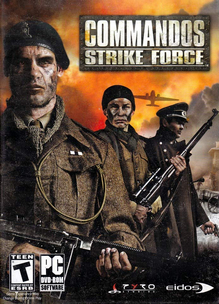 Commandos: Strike Force was likely delisted on Steam between November of 2013 and May of 2014. Merge Games acquired the publishing rights to many of Pyro Studios’ titles in November of 2013 but apparently did not pick up Strike Force. The game may have remained on sale into May of 2014 when it was removed from the Steam Master package. Kalypso Media Digital then acquired publishing rights to these titles in 2018 but also chose not to pick up Strike Force. With no publisher the game could have reverted to Pyro Studios but by 2008 the developer had downsized and transitioned into the mobile game space before reportedly shutting down entirely in 2017.

Thanks to Franz Soße for submitting this game to the site