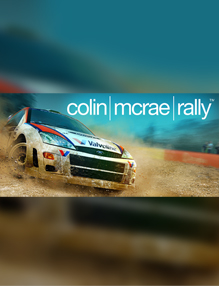 Colin McRae Rally (2014) was delisted from Steam on January 10th, 2019 when its price was set to $0.00. The game’s Steam store page was updated with a note simply indicating that it was removed at the request of the publisher. The delisting was likely caused by expired licensing of real world automobiles, drivers, or music featured in the game.

The Steam release was based on the 2013 version that originally debuted on iOS and later came to Android. Both mobile version have also been delisted.

“Colin McRae Rally features the car and track list from last year’s top selling mobile title and features THIRTY amazing rally stages in three environments taken from the PlayStation classic Colin McRae 2.0. for this PC and Mac edition. With a combined distance of over 130km, go flat out through the dirt and the dust of the Australian outback, take on dramatic climbs through the mountains of Greece and get sideways on the tight and twisty roads of Corsica.“

THE CARS
Get behind the wheel of four legendary rally cars, the Subaru Impreza, Mitsubishi Lancer Evolution VI, Lancia Stratos and Colin McRae’s Ford Focus. Pace notes read by professional rally co-driver Nicky Grist help you fully commit through each and every stage.

THE CONTROL
Feel the thrill of putting pedal to metal across different surface types and blast through beautiful, challenging environments. Race with a range of pads, including Xbox 360 and PS3 controllers.

THE CHALLENGE
Take on different game modes including quick races, full rallies and Championships, post your best time to the leaderboards and unlock achievements.