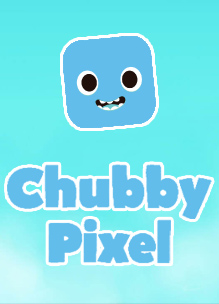 All titles released on Steam by publisher Chubby Pixel were delisted on either November 18th or December 4th, 2020. Development of each title is credited to Fabio Ferrara. After the delistings Ferrara began operating as developer Chubby Pixel and registered Chubby Pixel Publishing as a separate entity to release titles on Steam. As of October 2021 both Suicide Guy Deluxe Edition and Woodle Deluxe have been released through Chubby Pixel Publishing. These are not considered relistings since they are new titles or packages ostensibly released by a different publisher.

We contacted Chubby Pixel in May of 2021 after the release of Woodle Deluxe and asked if any other titles would be returning or if they had any comment on the delistings. They replied “unfortunately we can’t share infos on this right now, but I can say our most successful games are coming back, we’ll see regarding our minor ones (Heaven series etc) in the next month!”.

Between 2017 and 2020 Chubby Pixel also released versions of their Woodle and Suicide Guy titles on Nintendo Switch, PlayStation 4, and Xbox One, usually downplaying Ferrara’s name. As of October 2021 these releases remain available on each console. The Steam delistings seem to be an effort to establish Chubby Pixel as a development studio rather than operating under Ferrara’s name as several individuals were involved in the creation of newer titles.

As the former publisher Chubby Pixel is not likely to return to operation, this page will contain all of their original Steam releases that have been delisted. At this time Chubby Pixel’s homepage still provides links to buy some of these titles through the Humble Store and, in the case of Suicide Guy VR, from the Oculus store. The table below lists each title, the date it was delisted from Steam and its original Steam release date. Links direct to each title’s SteamDB page.

Thanks to @nbnt for submitting this game to the site