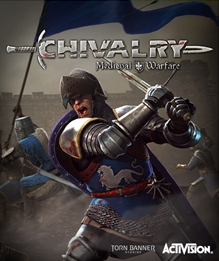 Chivalry: Medieval Warfare was delisted from PlayStation 3, PlayStation 4, Xbox 360, and Xbox One no later than May 30th, 2018. This is the date when redditors on the r/ChivalryGame subreddit verified the game’s removal. Torn Banner Studios later acknowledged the console delistings in a June 21st post on their official forums, stating:

“Chivalry has been pulled from console stores (PlayStation Store and Xbox Games Store) as the result of a time-limited agreement between Torn Banner Studios and Activision Publishing. This has no impact on the Steam version.”

One exemption that is very publicly displayed on the game’s PlayStation.com page gives Activision the right to discontinue service “due to a limited number of players continuing to make use of the service over time”. In the case of Chivalry the “time-limited agreement” that Torn Banner Studios mentioned in their post may have been based on this metric rather than a typical, annual licensing agreement.

The game remains available on Steam as of this writing where it is published by Torn Banner Studios themselves.

Besiege castles and raid villages in this 24 player online experience. Trade in your guns and grenades to test your mettle against cold hard steel on the medieval battlefield.