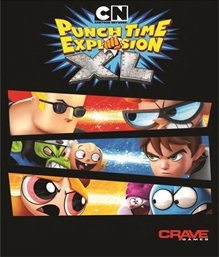 Cartoon Network: Punch Time Explosion XL was last confirmed available on Xbox 360 on November 29th, 2017. According to True Achievements’ delisting recap, the game was removed in March of 2018 alongside several Little Orbit titles. The game was removed from the PlayStation Store during the same time.

“Did you ever wonder what would happen if Humungousaur and Samurai Jack met up in a dark alley? What if Dexter took on Mac and Bloo? The possibilities are endless! If only there was a way to get all your favorite cartoon characters together… Well you don’t have to wait any longer… Get ready for a Punch Time Explosion! Cartoon Network Punch Time Explosion XL is a fighting game featuring characters from some of the most iconic shows on Cartoon Network. This is the network’s first ever all-star brawler! Fans can go to toe-to-toe with characters from 11 of Cartoon Network’s shows including The Powerpuff Girls, Dexter’s Laboratory, Chowder and many more.“