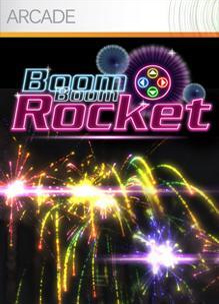 Boom Boom Rocket and its DLC were delisted on Xbox 360 between late January and February of 2021 but remains available to purchase as a backward compatible title on Xbox One as of this writing. The cause for the delisting and the game’s continued availability on Xbox One is unexplained but likely relates to expired licensing of the original 2007 release.

Possibilities include the expired standing of co-developer/publisher Pogo.com, both within Electronic Arts and as an operating entity on the Xbox platform. Developer Bizarre Creations was acquired by Activision shortly after the game’s release in 2007. An expired agreement between the studio and Electronic Arts may also play a role in the delisting. It is possible that the game’s original music was also held to the terms of a licensing agreement as the credit to composer Ian Livingstone is appended in the game with “courtesy of Tsunami Studios”. Available on Xbox One beginning in July of 2016, it is possible that the game will be delisted there as well after another number of years.

Set off an amazing display of fireworks with Boom Boom Rocket. As rockets fly against a spectacular cityscape, time their detonation to the beat of the music to unleash some awesome pyrotechnics. Featuring four game modes including two multiplayer modes, and a great soundtrack, Boom Boom Rocket is the explosive must-have game for Xbox Live Arcade.