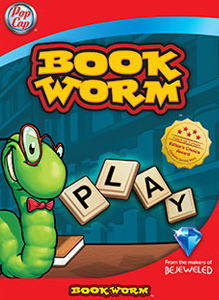 Have an appetite for words? Then join Lex the Bookworm in the hit word-puzzle game created by PopCap, makers of the best casual games this side of Jupiter! Link letter tiles left, right, up and down to build words to keep Lex sated and smiling. The bigger the word, the better the bonus. But watch out for burning letters — they could spell disaster for you and Lex!

If you need a quick word break, link letters fast in Action mode. If laid-back wordplay is more your style, go with Classic. No matter which mode you like best, you’ll relax and tune up your brain every time you play!