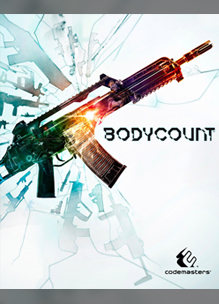 The cause for the delisting is uncertain but may have been removed as Codemasters continued to focus only on racing and driving titles. Given Bodycount’s age and that it remains available on physical media likely contributed to the decision.

BODYCOUNT reboots the First Person Shooter with a single-minded focus on delivering best-in-class gunplay. Ensnared in a clandestine global power struggle that rages under the cover of conventional war zones in Africa and Asia, players must eliminate a relentlessly evil enemy known only as ‘The Target’ on behalf of the ‘Network’. After being dropped into chaotic areas of operations, gamers deploy a mouth-watering selection of contemporary firearms to tear through environments and enemies, chaining kills and earning power ups. Complimented by co-operative and multiplayer modes, BODYCOUNT will set new standards for intense, outrageous arcade action and put the fun back into the FPS.