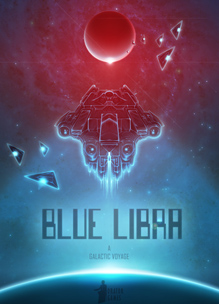 Orator Games announced on September 18th, 2021 that Blue Libra would be delisted from Steam and the studio shut down. The post didn’t provide much advanced notice as the game was also removed from sale later on the same day. The team’s announcement read:

A decision has been made to remove Blue Libra from steam. The development company has been shut down and can no longer sell the game. We thank you for your support up to this point. Anyone who owns the game will retain it in their library able to redownload it at any time.

Blue Libra had previously been released on Desura but would have become unavailable after that service shut down in 2015. As of this writing the game can still be purchased through GamersGate. A demo, sequel, and Orator Games’ other titles remain on the studio’s IndieDB page.

Command the last of the Libra class carriers and avenge the fall of your home world in this space real time strategy game. Build a variety of crafts, conquer planets and space stations and travel the universe. You will face a single player campaign filled with exciting battles depicted with unique art style. Upgrade your ships between missions and combine them into unstoppable fleets.Survival of your race depends on your actions Commander!

Blue Libra uses a path-drawing style of giving orders to fleets, allowing for better planning and management. Game has been warmly welcomed by iPhone players, but given that game mechanics work very well on stationary computers it has found its way to the more hardcore players as well. Game mechanics are simple, but very fun.