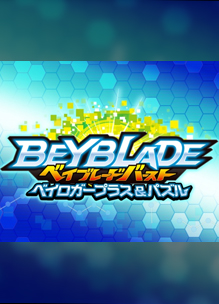 FuRyu and Tomy announced in December of 2020 that Beyblade Burst BeyLogger Plus & Puzzle would be removed from the Nintendo 3DS eShop on April 14th, 2021.The Beycloud service that connected Plus & Puzzle with other Beyblade titles was also announced to be shut down on April 26th, 2021 ahead of a new Beyblade Burst series. An additional note explains that only the puzzle game in Plus & Puzzle will remain playable going forward. The Beycloud account connection and microtransactions within the game will become unavailable after April 14th.

Google Translate: This work is a Bey puzzle (puzzle game) with the Bey motif of “Beyblade Burst” and BeyLogger Plus. It will be a mini game with two functions of the application part that can manage accounts and link with the official website of “Beyblade Burst” by communicating and reading information. You can play for free, but there is a limit to the number of times you can play each day. By purchasing additional content (paid), you can increase the number of plays per day, and modes such as hard mode and very hard mode that can aim for higher scores will also be released.


Thanks to Icyelut for submitting this game to the site