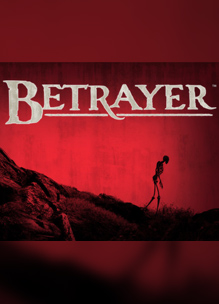 Betrayer was delisted on Steam on May 19th, 2021. After going silent on social media and on the game’s Steam Community forum by 2015, it is assumed that Blackpowder Games is no longer a functioning developer or publisher. With no one to support the title on Steam it has been delisted.

Betrayer is a first person action adventure game that takes you to the New World at the turn of the 17th century. The year is 1604. You sailed from England expecting to join a struggling colony on the coast of Virginia. Instead, you find only ghosts and mysteries. What catastrophe blighted the land and drained it of color and life? Where are the settlers and tribes who lived here?

Clue by clue, you must piece together the story of what befell this doomed settlement and find a way to set things right. You will be hunted by corrupted Conquistadors and ravening shadows as you explore an expansive wilderness in order to trace the brief, tragic history of the colony and search for survivors.