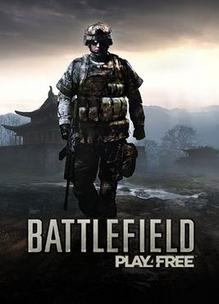 Thanks to the fan project Phoenix Network it is possible to play Battlefield Play4Free and Battlefield Heroes through private servers.

“The wait is over! The Battlefield experience is now available to anyone, anytime, anywhere – for free*. Yes, for free. Today, EA launched Battlefield Play4Free, a deep, rich, adrenaline-filled Battlefield all-out war experience. Battlefield Play4Free delivers an endlessly entertaining experience on the PC that combines the most popular maps from Battlefield 2™ with the popular classes and powerful weapons of Battlefield: Bad Company™ 2, all rendered with stunning visuals. Battlefield Play4Free raises the bar in the free-to-play space even further with 16 different vehicles including the Mil Mi-28 attack helicopter, its nemesis the F35 VTOL jet fighter, the massive Russian T-90 main battle tank, and the hard to catch LSV light strike vehicle.

Players progress through the game to learn new combat skills, and earn in-game currency to spend on a massive array of devastating weapons and equipment to propel players to victory in 32-player online battles.

Battlefield Play4Free simulates the career of a professional soldier and as player’s progress, they can upgrade their physical capabilities, available equipment and combat expertise. At every level the player is creating a more unique, more customized soldier and creating their own, personal playing style to take to the battlefield.

Players can also rock out on the battlefield to the latest song ’Age of Rage’ from Swedish heavy rockers CORRODED. This heart pounding single is featured in the game and the launch trailer released online today. ‘Age of Rage’ will be included in the band’s upcoming second album, ‘Exit to Transfer’.“