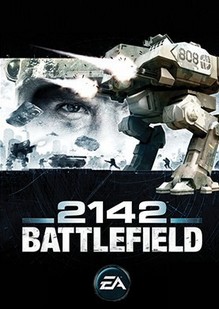 Battlefield 2142 was officially shut down on June 30th, 2014 after the termination of the GameSpy services that powered its multiplayer servers and matchmaking. EA announced the shutdown for Battlefield 2142 and several other titles on May 9th, 2014.

Nearly two years later, in January of 2016, EA added a digital version of the game to the library of all Origin users who had previously registered the title. This appears to have been done in support of the fan-run service Battlefield2142.co. EA_Tom, an EA community manager provided the following explanation in several forum threads at the time:

“We added the digital version of the game to the library of all users who already had this game or it’s dlc registered on the account. However, since the game servers have been taken offline and the game is no longer supported by EA, you will have to find a third-party option to still play.”

Prior to 2016, the game was never released digitally so its appearance on the site is a peculiar one; having a release date after the date it was shut down.

“Having placed their previous online shooters in WWII, the Vietnam War, and modern day settings, Battlefield 2142 took place in a future where a new ice age had thrown the world into a panic.

The soil not covered by ice can only feed a fraction of the Earth’s population, and players choose to fight for one of two military super powers in an epic battle for survival: The European Union or the newly formed Pan Asian Coalition. Introducing a futuristic art style, science fiction weaponry, and the asymmetric game mode Titan, Battlefield 2142 still has a hardcore following that doesn’t want to leave the future behind.“