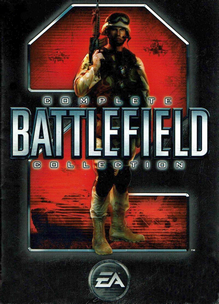 Battlefield 2 (aka Battlefield 2: Complete Collection) was removed from sale on Steam and Origin no later than June of 2014.

After GameSpy announced that their online multiplayer services used by hundreds of games would be terminated in May of 2014, Electronic Arts began investigating if it could keep their own titles online. They offered an update on May 9th, 2014 admitting that “due to technical challenges and concerns about the player experience” all online services for EA’s affected games would be shut down on June 30th, 2014.

These titles would soon be removed from digital availability on storefronts including Steam and EA’s own Origin platform. For some Origin titles Electronic Arts offered the ability to exchange physical CD keys for digital copies of the game. The company even periodically referred players to fan-run services like Gameranger although others have come and gone in the years since. Another alternative is BF2Hub.

Thanks to Jeff, temeZer, and Michael Redmond for submitting this game to the site