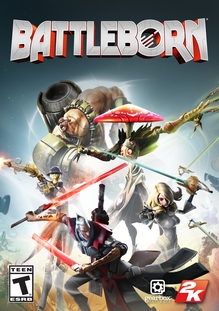 Community team member, 2K Mike, announced on November 13th, 2019 on the 2K Support site that Battleborn had been removed from sale and that its online servers would be shut down in 2021. The post was later updated to set January 31st, 2021 as the date that the game would become unplayable. The original announcement follows:

Battleborn has been removed from digital storefronts, and we are now in the process of gradually sunsetting the game to focus our efforts and resources on other projects. So, what does that mean? At the moment, you won’t see any effect if you own a copy of the game. But there are some things you should be aware of:

– After February 24, 2020, you will no longer be able to purchase premium virtual currency (“Platinum”) for use in the game.
– The game’s servers will remain active and the game will continue to be playable until January 2021.
– Once servers are deactivated, Battleborn will no longer be playable.

Once platinum stops being sold, can I still spend the in-game currency I already have?

Yes, you can still spend any virtual currency (both Platinum and the coins you earn through gameplay) you have in your account until the game’s servers shut down in 2021. You can still grind for it in the game, too, you just won’t be able to directly purchase it anymore.

Are you taking any features offline when you stop selling Platinum?

Nope! Nothing else in the game will change until January 2021, when the servers go offline.

Will I still be able to play Battleborn in any fashion (e.g. the single-player campaign, peer-to-peer games) after the servers go offline?

No, once the servers are offline in January 2021, Battleborn won’t be playable in any way.

After changing to a free-to-play model in early June of 2017, Battleborn received one final content update in September of the same year. At the time the servers were promised to remain online for the “foreseeable future” but would ultimately come to a close in 2021.

Battleborn’s team-based competitive multiplayer action can be experienced by up to 10 players online in 5v5 matches, and includes three distinct multiplayer modes.

Character Rank: Each hero can permanently rank up from 1 to 20 outside of missions and matches, allowing players to swap out augments in their helix skill tree, as well as unlock skins.

Command Rank: Players can rank up their own player profile, and loot that can be used to benefit any hero the player chooses to command.

Factions:
The Peacekeepers are sworn protectors of Solus
The Eldrid are preservers of the natural order of the universe
The Rogues are mercenaries only concerned with their own survival
The Last Light Consortium (LLC) are war profiteers, exploiting others for their own gain
The Jennerit Empire rule others by force, valuing power above all else

Battleborn Heroes: Battleborn has a deep roster of 30 playable heroes and no two are the same. Every hero has their own personality and comes equipped with their own unique weapons and powers.

Helix System: Battleborn’s accelerated character growth system allows players to level-up a character from 1 to 20 and fully experience each hero’s unique weapons and powers in a single story mission or multiplayer match.