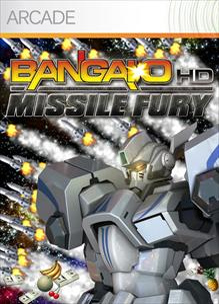 Bangai-O HD: Missile Fury was delisted on Xbox 360 between January and May of 2021. The last Archive.org capture that shows the game as available was on January 21st. It was confirmed to be delisted no later than May 17th when its absence was mentioned on a TrueAchievements.com forum post. However, the user mentioned that it was still available some months earlier so the delisting may have happened closer to March or April. As many of D3’s other titles remain available across platforms, this delisting seems to be related to the expiration of publishing arrangements between Treasure and D3.

Bangai-O HD: Missile Fury is an innovative and insanely addicting, omni-directional arcade shooter combined with puzzle elements that feature a screen-filling, sensory overload of thousands of missiles! Loaded with more than 100 levels, players will conquer challenging obstacles, collect power-ups, and annihilate swarms of enemies and missiles to clear a level!   Key game highlights include: a Level Editor Tool, which allows players to design and share their own levels with friends; a unique design style evident in the insane gameplay, from the types of enemies to the award system of collecting delectable fruit; and a combo system that lets players build up devastating counter attacks of up to 1,000 missiles for an explosive advantage!an explosive advantage!