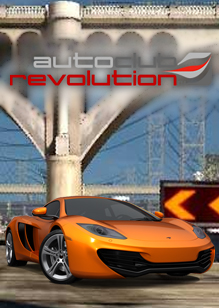 Auto Club Revolution was potentially shut down at some point in 2015. Official confirmation was apparently never provided to players but after a restructuring in 2014, followed by Eutechnyx selling off their NASCAR business in 2015, the game’s social media presence went silent or was altogether removed.

On June 16th, 2014 the game entered a closed alpha state and transitioned into ACR 2.0. By June 2015 the game was in a new beta form and preview coverage was rolling out. The game was seemingly shut down shortly after this period as Eutechnyx moved away from video games and into 3D visualization services catering to the automotive industry.

Auto Club Revolution (ACR) is a Free2Play racing game built for the players.

Drivers are invited to start their personal racing career and take on the world in exciting multiplayer events. Players can create and customise races and events to meet their needs and challenge friends in fast, thrilling, action.

Racing across licensed and fictional tracks in some of the world’s most luxurious and desired cars, drivers can purchase, research and customise their journey to become unbeatable on the road.

ACR is an ever evolving experience, adding new content and features in tandem with real world events.

The team has drawn heavily on their experience creating racing games to expand the racing genre and has worked very closely with many major motor brands to deliver unrivaled access to players’ favourite car marques.