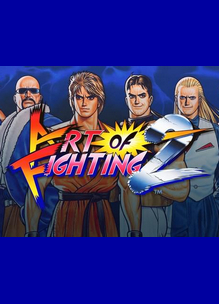 Both Art of Fighting 2 and Baseball Stars 2 were relisted on GOG.com shortly after their June 9th, 2020 delisting. An exact date hasn’t been established but Archive.org captures show they had returned by late June. Conversely, the Steam release of Baseball Stars 2 was delisted on June 25th, 2020 and returned on July 7th, 2020. Although not identified until August of 2020, both titles were apparently delisted in order to remove references to Taiwan and the Republic of China (ROC).

Versions of Super Sidekicks 2 and 3, The Ultimate 11, and Neo Geo Cup ’98 were later delisted in August of 2020 and did not return, presumably for the same reason.Perhaps the work to update these four titles was too extensive, or SNK parent company Leyou simply chose to pull them from sale after the prompt coverage of Baseball Stars 2. Our original delisting details continue below.

GOG.com team announced on June 8th, 2020 that both Art of Fighting 2 and Baseball Stars 2 would be delisted on Tuesday June 9th by 2pm UTC. As is usually the case, anyone who had previously purchased the games is still able to download and play them.

The cause for the delisting is uncertain. SNK and Hamster Corporation have released newer versions of these games on consoles which may be a factor, although there are several other Neo Geo titles still on GOG.com with similar re-releases available. It is expected that more of these older releases on GOG.com will be delisted in the near future.

“Lace up your cleats, and step onto the diamond with the pros of “BASEBALL STARS 2” on GOG! You’ll find everything you’d expect in a classic game of baseball, but with an arcade feel and intense action that distinguishes it from the pack.“