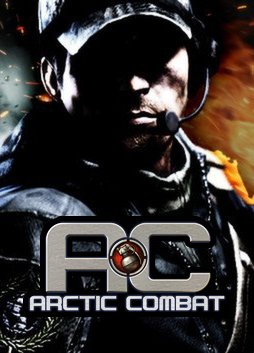 Webzen announced plans to shut down Arctic Combat on July 28th, 2013. Although the game had only been active for seven months, the dwindling number of active players (reportedly due to extensive in-game cheating) appears to have been behind Webzen’s decision to terminate services for the game. The July 28th announcement follows:

We sincerely regret to inform you that we will be bringing Webzen.com’s service of Arctic Combat to an end.

Last December of 2012, Webzen.com was thrilled to release its first FPS game, Arctic Combat (AC), to Veterans in Europe and North/South America. Since official launch, we have been working hard to build a strong community and gaming environment through new content updates and various events. Unfortunately, we have come to a difficult decision to close the battlefields many of us have fought on.

We understand that this sudden news will disappoint many of our fellow Veterans. We hope that the game represents some of your greatest gaming memories. You have made new friends, created unbeatable clans, fought epic clan wars, and experienced unforgettable victories. We, too, have loved working on this game, and learned a lot throughout the service period.

Gradual shut down of the game will begin on 00:00 August 2, 2013 GST, with the closing of the Item Shop, Download Page, and 1:1 Inquiry Service. Full service will discontinue on September 2, 2013 GST.  (Please discontinue the purchase of W Coins used for buying items in Arctic Combat)

To return the favor, we will be offering a very special treatment to make the transition to your next adventure as seamless as possible. We will be compensating AC Veterans for the purchase of any cash items in the past, and will offer you a choice between 3 Gaming Portals including Webzen.com, gPotato.eu, and gPotato.com to start on a new adventure. Once your choice is made, you will receive your compensation based on the currency value of the chosen Portal.

Additionally, special ‘AC Veteran Packs’ will be provided for your choice of one game. We hope you will continue to be a part of the Webzen/gPotato family. Details on compensation and special packs are as below. More detailed information and registration for compensation will be delivered to you on August 8, 2013.

After September 2nd, the game’s homepage was replaced with a farewell notice similar to the statement above. An unofficial, fan-run, “spiritual successor” known as Warfare Territory first appeared online in July of 2020. Currently the effort is being coordinated through Discord.

Set amidst the chaos of World War III, Arctic Combat is a multiplayer online first-person shooter (MOFPS) featuring a realistic gameplay experience powered by the Unreal Engine. Arctic Combat revolves around the story of a national conflict between two groups; the Allied Forces (AF) – led by the United States, and the Red Star Alliance (RSA) – led by Russia. What begins as a dispute over natural resources in the arctic leads to a violent clash between the AF and RSA, dividing the world into two opposing forces and marking the beginning of World War III.