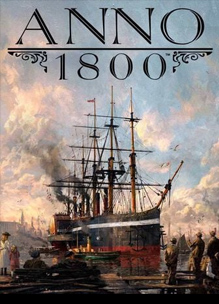 Anno 1800 was removed from sale on Steam on the same day that it was set to be released, April 16th, 2019. The game was available to pre-order until this date and Ubisoft continued to support it on Steam with updates and DLC for existing owners.

The company announced on March 29th, 2019 that they had partnered with Epic Games to release Anno 1800 on the Epic Games Store. However, the game was also released through the Ubisoft Store and on Origin.com on April 16th. The Steam Store page was updated on March 29th with the following announcement:

Notice: Sales of Anno 1800 will be discontinued on Steam after April 16th due to a publisher decision to make the game exclusive to another PC store.

The publisher has assured us that all prior sales of the game on Steam will be fulfilled on Steam, and Steam owners will be able to access the game and any future updates or DLC through Steam.

We apologize to Steam customers that were expecting it to be available for sale after the April 16th release date.

Welcome to the dawn of the Industrial Age. The path you choose will define your world. Are you an innovator or an exploiter? A conqueror or a liberator? How the world remembers your name is up to you.

In Anno 1800, players will take charge of their own fortune as they navigate the rapidly evolving technological landscape and malicious political arena of the 19th century in their quest to build an empire that will reach from the smog-filled cities of Europe to the teeming jungles of South America.

Combining beloved features with innovative gameplay, Anno 1800 is the beginning of a new era for the Anno franchise as players leave their mark on a crucial moment in human history.

Thanks to Frogasaur for submitting this game to the site