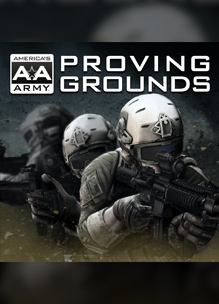 The America’s Army team announced on February 4th, 2022 that America’s Army: Proving Grounds would be shut down and removed from the PlayStation Store and Steam as of May 5th, 2022. The Army’s full post reads:

Read below for more details on how the shutdown will affect the game on your platform.

For Steam Players
Privately owned servers, the Mission Editor, and offline features are expected to function, but player stats will no longer be available. Official servers will be shut down.

User login, player stats, and other resources on the America’s Army website will no longer be available.

Thank you to everyone who played AA:PG, and thank you to those who still enjoy it. While support and servers are still active, we encourage you to dive into matches with your battle buddies and continue the mission. More details will be shared as information becomes available, so please stay tuned.

The decision to shut down Proving Grounds likely has to do with popularity and player counts which have been dwindling over the last several years. As a recruitment tool it is also unlikely to be the reason someone took an interest in the Army in recent years. The AmericasArmy.com homepage was updated after the shutdown on May 5th with a final announcement and confirmation that the Steam version would remain available as a free-to-play download. The PlayStation 4 version was delisted on or shortly before May 5th.

America’s Army: Proving Grounds was shut down on May 5th, 2022. The free-to-play America’s Army PC Game represented the first large-scale use of game technology by the U.S. government as a platform for strategic communication and recruitment, and the first use of game technology in support of U.S. Army recruiting. As time has passed and AA has fulfilled its mission, it is time to shift our focus to other new and innovative ways to assist the Army with comms and recruitment.

While official support and servers have been shut down, the legacy titles America’s Army 3 and America’s Army: Proving Grounds are still available to download above. We look forward to what the future could hold for AA, and encourage you to stay tuned for future announcements on the series.

America’s Army: Proving Grounds is the free official game of the U.S. Army and part of the highly acclaimed America’s Army game series. Take on the role of an 11B Infantryman as part of a Long Range Combined Arms – Recon (LRCA-R) unit, a full spectrum capable team that embarks on special operations missions behind enemy lines. Engage in small unit tactical maneuvers and training that echoes true-to-life Army scenarios.

STORY
The game follows the story of an elite Army unit that unfolds in the America’s Army Comics. Learn more about your mission as a member of the “Lurkers”

SUPPORT
Everything you need from Quick Start Guides to Forums, IRC, and more

WEAPONS
Get hands on with real weapons used by the U.S. Army and available in the game