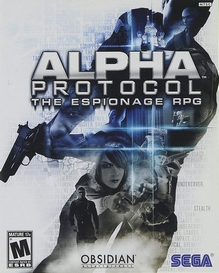 Alpha Protocol was first delisted from Xbox 360 in April of 2018 according to reporting from TrueAchievements.com. It was next removed from sale on Steam on June 19th, 2019 when its price was set to $0.00. When reached for comment by USGamer, a Sega spokesperson responded that “following the expiry of SEGA’s publishing rights for Alpha Protocol, the title has been removed from Steam and is no longer on sale”.

It is unclear if these publishing rights have anything to do with Microsoft’s acquisition of developer Obsidian Entertainment in 2018. As of this writing other titles from Obsidian remain available to buy suggesting the game’s delisting relates specifically to Obsidian and Sega.

“Loyalty carries a price and no one knows this more than agent Michael Thorton. A talented young agent cast out by his government, Thorton is the only one with the information needed to stop an impending international catastrophe. To do so means he must cut himself off from the very people he is sworn to protect. As players determine how to accomplish different objectives, the decisions made and actions taken in each mission will ultimately transform the type of secret agent Michael Thorton will become. Every choice the player makes as Michael Thorton will carry consequences for his future and the fate of the world.“

Thanks to Chris Glass for first pointing us toward this delisting