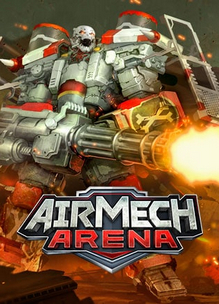 Ubisoft Community Developer UbiCeeCee announced on July 9th, 2020 that AirMech Arena for Xbox 360, Xbox One, and PlayStation 4 would be shutting down after six years in operation on September 6th. The full announcement follows:

There is no easy way to say this, but we will be discontinuing our service for AirMech Arena for the Xbox 360, Xbox One, and PlayStation 4 on September 6, 2020. If you are currently playing AirMech Arena, here’s what this means for you:

As of today, all in-game purchases are disabled and you will no longer be able to purchase Diamonds. However, you will still be able to use any Diamonds you already have in your account, to purchase items until the full closure of the game.

On September 6, we will shut down the game’s servers and you will no longer be able to log into your account. Please be sure to link your account to Uplay before September 6, and we will be in touch with you about what’s next. We want to thank the AirMech Arena community for all your support over the years. We’ll maintain our current level of support until September 6 so until then, enjoy the game!

Despite the announcement, Airmech Arena continues to be playable on Xbox consoles as of February 2021 for those who had previously downloaded it. Commentor Rafael Scarpa confirmed that the Xbox 360 version was still playable on February 3rd while other YouTube and Twitch streamers have posted recent videos of the game running on Xbox One and Xbox Series X|S. Neither Ubisoft nor Carbon Games has addressed this continued accessibility as of this writing.

In the future, the last survivors of the Great War continue their fight alongside the ultimate war machine: the AirMech. Created using lost technology, pilots have found, salvaged, or stolen AirMechs to protect the weak or to pillage. Which side do you fight for?“

By Land and by Air
Transform between air assaults and ground attacks with the touch of a button. With nine AirMechs available, each with unique traits, there’s an ultimate war machine for every play style.

Team Up or Go Solo
In AirMech® Arena, gamers engage in ferocious real-time battles up to 3v3 in PVP or Co-Op Modes. Players can form teams and skirmish at any time, with the teams in battle matched by their skill level. Unlock a large arsenal of AirMechs, pilots, units, upgrades, special items, customizable skins and more!

Thanks to @voltagex for submitting this game to the site