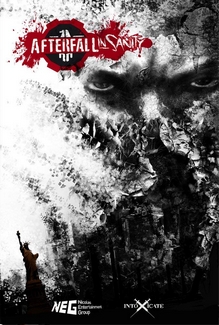 Afterfall  InSanity Extended Edition was delisted from Steam on May 2nd, 2015. The first and only installment of the sequel, Afterfall Reconquest, was delisted from Steam the day before on May 1st. The games were removed at the behest of Epic Games who had filed a lawsuit in 2012 for overdue royalties against Intoxicate Studios who used their Unreal engine to develop the games. After the studio failed to comply Epic requested that Valve remove the games from Steam. Shortly after these events Intoxicate Studios filed for bankruptcy on June 8th, 2015.

“The year is 2035. Almost 20 years ago citizens of The Republic had to search for a shelter from the hell of the Third World War. Only a few were fortunate enough to find a safe haven behind the gates of ‘Glory’. Today, when the fear of death on the surface has become merely an unpleasant memory, the once safe hideout became a prison. Buried underground, trapped in the claustrophobic space with no hope of escape, the shadows hide secrets darker and more terrifying than the madness that takes over residents of the Shelter ‘Glory’.

Play the game, overcome your fears, save the residents of the Shelter and try to find a new safe harbor… but is anything safe after the Fall?“