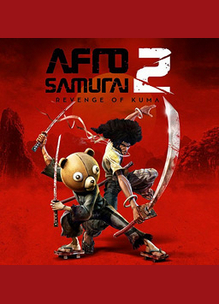 Afro Samurai 2: Revenge of Kuma Volume One was delisted on PlayStation 4 in early November of 2015 and on Steam on November 17th, 2015. At release the game was panned in reviews for poor performance and bugs, resulting in its removal and the end of the franchise in video game form. On November 19th, 2015 Steve Escalante, General Manager of publisher Versus Evil, spoke with CGMagazine about the game.

The game was a failure. We could not do, in good conscience, volume 2 and volume 3. So we’ve begun the process, it’s been a long process to figure it out because Sony has never really had to do this in this way, but we’re returning all the money. So across the board we’re putting out an apology saying ‘sorry about this.’

CGMagazine previously made one of the first reports of refunds being automatically issued to PlayStation 4 owners on November 9th. On December 8th, Escalante and the team at Versus Evil made official announcements about the game’s removal on Steam and social media.

Versus Evil strives to create great products and valued relationships with our partners and customers.

Despite our best efforts, Afro Samurai: Revenge of Kuma Volume One did not meet the quality standards that we require. As a result, we have decided to voluntarily refund the purchase price of the game and its associated Trilogy pack with our sincerest apologies. We have also decided to cancel all future Afro Samurai episodes.

Depending on the retailer you purchased your game through; your purchase price will either be refunded automatically or may require you to request a refund. Please see below for details.

As you can imagine, this has been a difficult decision for Versus Evil, but creating great games is our highest priority. We greatly appreciate your cooperation and look forward to a continued, long-term relationship.

Sincerely,
Steve Escalante, General Manager and The Versus Evil team

The announcement made on the Steam Community forum also confirmed that once the refund had been received, the game would no longer be available to download. The same has been proven to be true of the PlayStation 4 version.

“Embark on a journey of redemption, driven by bitter-sweet revenge! The action packed saga of Afro Samurai continues but this time follows the path of Kuma, one of Afro’s closest childhood friends. After witnessing the slaughter of all those he loved and facing near death himself, Kuma has risen from the ashes as a cybernetically enhanced killing machine, with one goal in mind, bloody revenge.“

Thanks to @Spindash54 for submitting this game to the site