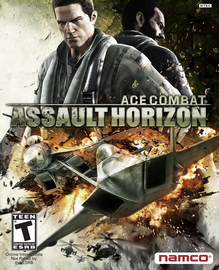 Ace Combat: Assault Horizon was first delisted from Xbox 360 and PlayStation 3 in late January 2017. A post on the r/acecombat subreddit revealed that the announcement was made on the official Japanese Ace Combat homepage days ahead of the delistings, stating that “this will be effective as of this week’s PlayStation Store and Xbox LIVE updates”. Ace Combat: Assault Horizon was not removed from Steam until December 14th, 2018.

Developed by the Project Aces team, ACE COMBAT® ASSAULT HORIZON intensifies the franchise, escalating combat to the next level with aircraft that are literally torn apart, spewing oil and debris across the sky. Players will engage in combat across the globe, dodging skyscrapers, and turning their enemies into fiery supersonic debris in both single player and online multiplayer. Never before has combat been so fast and in-your-face.