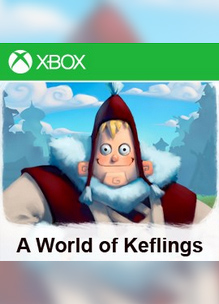 A World of Keflings for the Microsoft Store on PC was likely delisted sometime in 2016. Archive.org captures show the game was last confirmed available in early December of 2015. By the Fall of 2017 it was included in discussions about unobtainable Achievements.

The reader who submitted the game to the site included an email conversation they had with NinjaBee Support who explained that the game was “no longer available or supported for Windows”. Reviews on the game’s Microsoft Store page from 2015 indicate that users encountered several performance issues with the release of Windows 10. The game was likely removed as NinjaBee had no resources available to support the title.

“Embark on a giant kingdom-building adventure journeying to exotic lands and helping your new, tiny Kefling friends along the way in A World of Keflings! Play as your Xbox LIVE Avatar and help the friendly, little Keflings harvest resources, assemble buildings and create thriving cities in desert, forest and ice kingdoms. Mine stone and crystal, harvest lumber and wool, and craft elaborate buildings.

Have fun creating and customizing beautiful cities filled with fountains, workshops, castles and more! Complete quests to help the Keflings solve their problems. Compose new music or recreate your favorite songs by shooting Keflings through musical cannons. Build a robot, rescue the princess, make friends with a dragon and help a creepy witch get even creepier in this exciting, friendly, city-building adventure!“