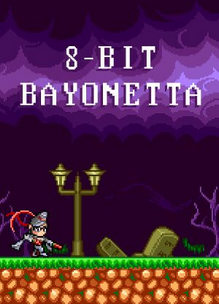 8-Bit Bayonetta was delisted on Steam on April 11th, 2017. A version of the game was originally teased by Hideki Kamiya on the official Bayonetta Blog in April of 2010 but was revealed to be an April Fool’s Day prank. Similarly timed, the playable 8-Bit Bayonetta was released on Steam on March 31st, 2017, also as an April Fool’s Day gag, and as a way to drum up interest in the Steam release of the original game on April 11th.

Like other free releases on Steam, 8-Bit Bayonetta is not officially available but can still be claimed from SteamDB as long as the site is connected to a Steam account. The game is also playable from the 404 page on PlatinumGames’s website.