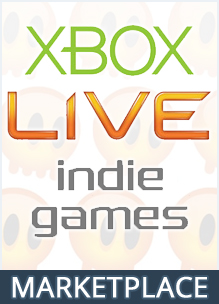 On September 9th, 2015 Chris Charla and Andy Dunn of [email protected] announced the beginning of the sunsetting process for the XNA Creator’s Club and the Xbox Live Indie Games marketplace on the XNA Studio Team Blog. As of September 9th, new memberships and renewals in the Creator’s Club were terminated and September 2017 was targeted as the month that the marketplace would be shut down.

On September 11th, 2017 the [email protected] Twitter account posted that September 29th would be the final day to purchase new Xbox Live Indie Games but the date was later extended to October 7th, 2017.  According to a post by EuroGamer “due to the way the programme’s servers operate, some games may still be available for a day or two after this date.” We were able to confirm that as late as October 9th, many games remained available to purchase from the Xbox Live Indie Games marketplace on Xbox.com.

The XNA Creator’s Club and Xbox Live Indie Games programs were created to ease the burden of game development on small teams and foster original and innovative design. While it can be argued how successful they were, there is no denying that the platforms continue to require hosting, server, and support costs thirteen years after their unveiling.

With their focus turning to the Xbox One in 2013 it was only a matter of time before Microsoft sought to minimize these lingering expenses from the previous generation.

In the original 2015 XNA Blog post the team mentioned working with creators and game preservationists over the next two years to “preserve the legacy of XBLIG content”. There was no further detail to announce at the time and a solution apparently has presented itself over the intervening two years. In EuroGamer’s post was an update from a Microsoft spokesperson on the situation who added:

“When we first announced sunsetting of XBLIG, we mentioned that we were working internally to see how these games could be archived for posterity, so that researchers and scholars could be playing them far in the future. We don’t have anything to announce here about that today, but ensuring these games take their rightful place in history is important to us and we are continuing to do research here.”

There are several hurdles that could have led to this uncertain outcome. Presumably, any game included in a free-to-play archive of the XBLIG program could be ineligible for sale elsewhere; as many of these games have gone on to be ported to other platforms they could potentially be excluded from an archive. Also, some developers who released XBLIG titles have gone out of business, possibly being excluded as no one remained to sign off on the archive. Another possibility is that the costs of storing and securing an archive of XBLIG titles is too large for current game preservation organizations.

Given all these situations, an archival collection could be missing several hundred titles making it rather incomplete to label it as an archive. It’s also possible negotiations are simply ongoing and news will be released in the coming months or years.

As of October 9th, 2017, the Xbox Live Indie Games marketplace on Xbox.com featured 3,404 individual titles. The latest was Solaroids: Prologue released on October 25th, 2016 and the first was Cubage released on November 3rd, 2008.

Xbox Live Indie Games were not rated or reviewed by the ESRB. A community review system was put in place and each game description was appended with a brief statement of content in three categories (violence, sex, mature content). Typically the classification appeared in this format: “This game was classified by the community with the following category scores – Violence=0/3, Sex=0/3, Mature Content=0/3.”

Some of the most popular, best selling, and widely known titles released on the Xbox Live Indie Games marketplace include (links updated to Archive.org captures):

Thanks to Wesley for submitting Downtown Smash Dodge Ball to the site (03/01/18) and including a link to a Retronauts article that offered a list of ten XBLIG titles that were “interesting, unique and currently unavailable anywhere else”. These titles are included below (linked to Archive.org captures):

For the time being this page serves as the singular entry for all 3,000+ Xbox Live Indie Games titles. An alphabetical listing may be appended and in time individual pages may be added to the site.