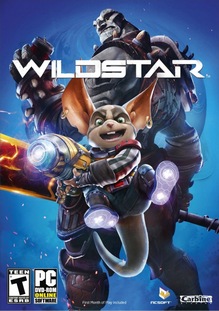 WildStar is confirmed to be shut down on November 28th, 2018. Before the official confirmation was made by Carbine Studios on September 26th, Kotaku broke the news from an anonymous source who was “briefed on the shutdown”: fifty staff members would be laid off and a small team would manage the game until its end. The team’s full post from September 26th follows:

“When Carbine first started working on what would become WildStar back in 2005, the team set out to make something special that presented a different kind of MMORPG experience. At launch, the Carbine team delivered a deep, engaging, and spectacularly fun game full of outlandish adventures on the most legendary planet in the universe. And it has been our great privilege to share those adventures with all of you over the last four years.

Unfortunately, as you may have heard, those adventures are coming to an end. It’s never easy to say goodbye to something, especially something that has meant so much for so many—but the WildStar game service will close on November 28, 2018.

From now until then we’re going to do everything we can to honor the WildStar community, and show thanks for your support. In an attempt to recognize your dedication and love for WildStar and for those of you who have come to call Nexus your home, [the team outlined several returning events].

We are truly grateful for the vibrant community that grew around WildStar, and for all of your support throughout the life of this game. Our hope is that in these last couple months we can all celebrate the great adventures you’ve had on Planet Nexus—and have some fun along the way.

Again, a most heartfelt thank you goes out from all of us to you for sharing this wild, intergalactic ride with us, and to helping make WildStar an experience that truly could not have been possible without you. Thank you.”

On the same day as the announcement, new purchases through Steam were disabled and all purchases made on or after July 1st, 2018 were to be reimbursed in full. A separate FAQ on purchases and refunds was made available here. In the game’s final update currencies were converted to make in-game purchases easier and drop rates were increased so fans could enjoy as much content as possible. Seasonal in-game events were also rotated out at a quicker rate to give players more opportunities to experience them.

“Critically acclaimed and now Free to Play, WildStar is a fantastical sci-fi MMO where you can join your friends or undertake your own epic adventures on the fabled planet Nexus! Explore the huge and amazingly vibrant world packed with unique characters, exotic locations, thrilling challenges and dark mysteries. Recruit fellow citizens of Nexus to solve the primordial puzzles of the universe itself as you experience exhilarating action combat, deep character customization, and one of the most powerful housing systems ever seen in a MMORPG.“