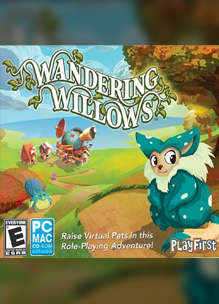 Wandering Willows was delisted on Steam on July 3rd of 2019. The game was also available from several online games portals including Big Fish Games but was presumably delisted around the same time in the Summer of 2019. The cause for the delisting is uncertain as several titles both developed and published by PlayFirst remain available as of this writing. It is possible that some licensing specific to Wandering Willows expired or the game had performance issues on modern hardware that could not be addressed.

Searching online returns many sites and torrents offering the game but none of these appear to be official releases by PlayFirst. The retail PC version remains available in limited quantities but according to at least one review some kind of server connection was required to launch the game and was no longer accessible in 2014. However, this does not seem to have been the case on Steam where no mention of a server connection has been made.

Ready for a new adventure? Welcome to Wandering Willows™, a whimsical world full of wondrous wildlife and engaging quests. With over forty enchanting pets for you to befriend and train, you’re sure to find just the right help completing quests for the land’s amusing inhabitants, who range from gruff pirates to rocket ship commanders. Garden, bake, and create clothing and bouquets with the treasures your pet fetches for you. You might even find a new pet egg to hatch! Spend some time in Wandering Willows today!

Thanks to Drake Li for submitting this game to the site