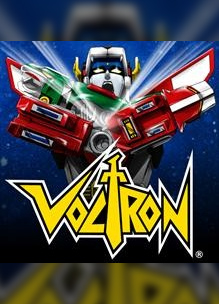 Voltron: Defenders of the Universe was delisted from the Xbox Marketplace on December 13th, 2012, according to reporting from TrueAchievements.com. The game was presumably delisted on PlayStation 3 around the same time. Voltron was almost certainly delisted due to THQ’s bankruptcy in December 2012.

As of February 2022, the game may still be obtainable from the European PlayStation Store by downloading the demo and purchasing the full version from the XMB.

From days of long ago, from uncharted regions of the universe, comes a legend. The Legend of Voltron. Defender of the Universe. A mighty robot, loved by good, feared by evil. Take control of your favorite Lion and join forces on Xbox LIVE to defend the Far Universe. Visit iconic locations from classic series including Arus and Planet Doom. Take on enemy forces in four different game modes. Battle Zarkon’s minions in Survivor Mode as a pilot, engage in ground assaults in Lion Mode or cross the glalaxy in Space Mode, or coop with four friends in Voltron Mode to confront massive Robeasts! Voltron fans, Mega-Thrusters are go!